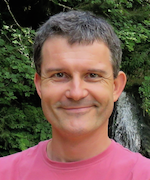 Anthony is British, a graduate of Cambridge University and born 1971. He has spent much of his life exploring Yang & Chen Style Tai Chi, Vipassana & Zen Meditation & many different styles of therapy and bodywork. His main teachers are Akinobu Kishi for Sei Ki, Yang Dong Bao for Tai Chi, and Father Ama Samy for Zen. He started professional therapeutic training in 1997 with the London School of Massage, and then moved on to exploring Shiatsu with the ESS in the UK. He switched back to Swedish styles in 2004, finally qualifying in Aromatherapy with Gabriel Mojay. He first met Akinobu Kishi in 2004 and worked with him from then on until his death in 2012. Anthony now offers Sei Ki as a private treatment for his clients. He has been teaching Sei Ki based workshops around Europe, Thailand and Brazil for the past five years.