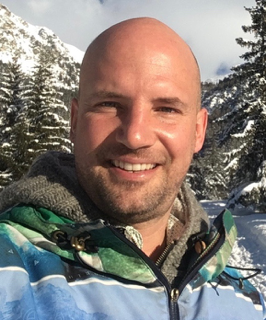 is a musician, bodyworker and yoga teacher. His musical journey has led him from jazz to grooves and spiritual music, which finally let him share his deepest dreams with the world. Since 2008 he has been touring with his band or with artists he is friends with and producing his own albums. Among others he played with mantra artists like David Newman, Dechen Shak-Dagsay, Brenda McMorrow, Dave Stringer, Spring Groove, Sundaram or Janin Devi. His concerts combine traditional mantras with modern western music. The whole spectrum of existence is lived out: turning inside and being in silence, as well as ecstatic singing, dancing, laughing and partying! Matthias is also a certified yoga teacher, Ayurveda health consultant, Shiatsu and craniotherapist - on the spiritual path since 2000.